Fume arms can be used for may at source extraction solutions. From small local applications to larger multi-faceted operations.

The flexibility of this type of equipment is infinite in its scope.

Most small applications are wall mounted and discharged out through the roof to atmosphere if the site is in an industrial area. If dusts and materials are involved, filtration systems can be added prior to discharging.

The arms range in covering a small area to large wall mounted systems both with boom arms attached, which can cover remote areas.

They can be wall, roof or post mounted adjacent to the work area which requires exhausting. 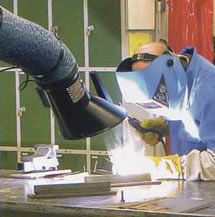 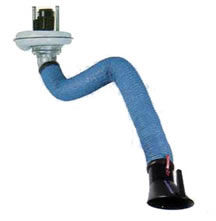 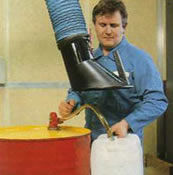 The fume arm regardless of its mounting positions has the  capacity to hold a position, which is set by the operator.  The arm will stay in the desired position as long as required. 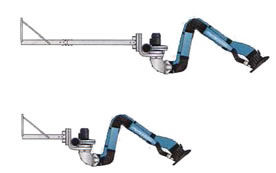 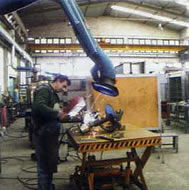 The hood at the end of the arm has extra maneuverability, which allows the operator to set the hood at whichever angle they require.

When the fume arm is not in use or a major work piece needs to be moved, the arm can be folded and swung around out of the way.

Specific operations include the following:

Most welding is now mig but occasionally in heavier work arc welding is still used.

The fume arm hood is generally positioned at approximately 45-degrees above and behind the work piece.  This is done for several reasons.

Firstly, we pick up the smoke at source before it has a chance to expand and pollute the rest of the area.

Secondly, we space the hood far enough away so not to disturb the gas shield for obvious reasons.

Thirdly, by removing the smoke the operator has a better vision of his work piece and the fume does not enter his breathing zone.

When using solvent based glues the fumes are heavier-than-air. These fumes will fall down towards the floor and can create hazards by spreading into areas where machinery may be operating and be a  nuisance to other workers. By fitting a fume arm and drawing away the fumes they are removed from the work place, then as the operator applies glue in another area of the table he simply moves the fume arm across to this area and removes the offending fumes. 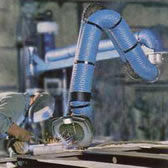 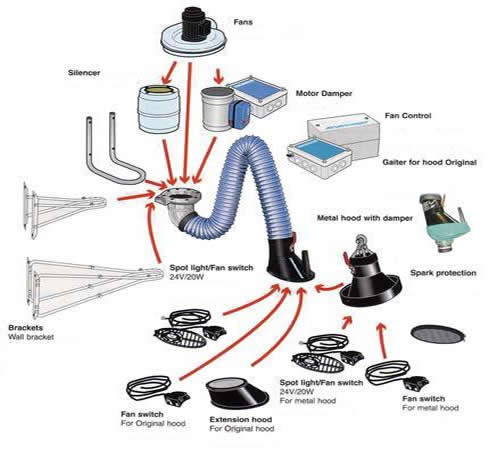